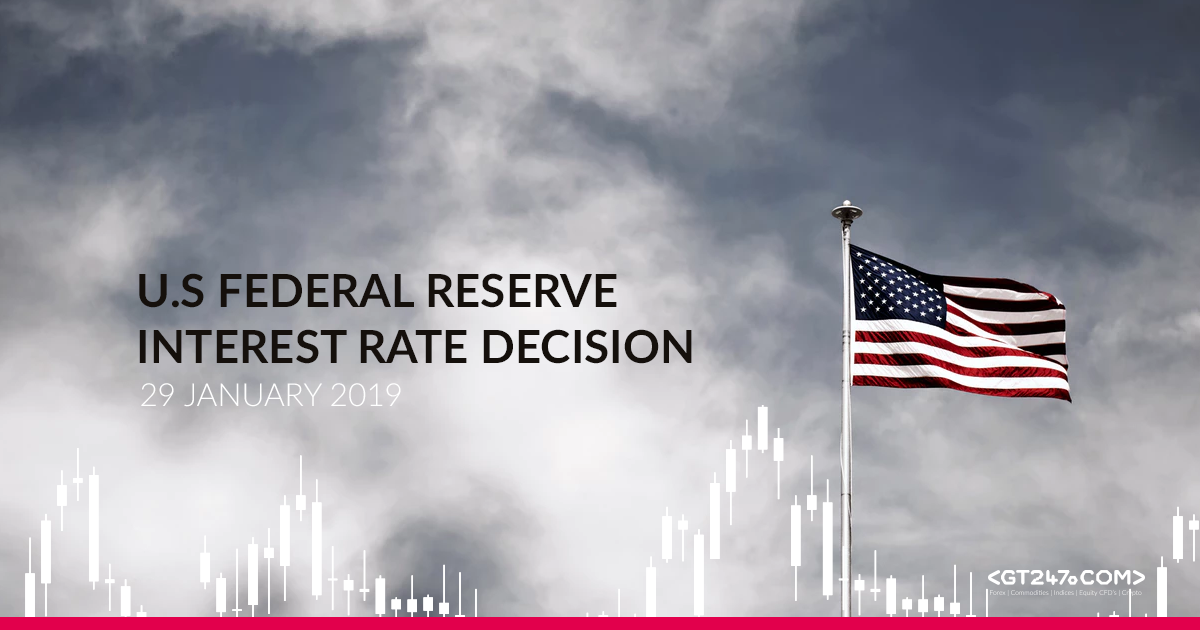 What an epic day ahead, FOMC Interest Rate Decision tonight, Trade negotiations kicking off and throw in some company earnings as well! Welcome to Wednesday!

Notable companies reporting earnings are Alibaba, Boeing, Facebook, Microsoft that might have an impact on the Dow, S&P and Nasdaq.

The big picture – The FED’s interest rate hikes have come under fire at the later stages of 2018 and will be watched closely by market participants throughout 2019. The U.S. Federal Reserve's Federal Open Market Committee (FOMC) will announce whether the interest rates in the U.S. will increase or remain unchanged later tonight at 21:00 SAST. Even thou it is widely expected that no rate hike is on the cards the U.S markets will react as the data is released.

Looking to International Trade, the world’s two biggest economies go head to head today as trade negotiations kick off once more. President Donald Trump is also meeting with the Chinese delegates along with Steve Mnuchin and Robert Lighthizer. To make matters even worse is the U.S has filed charges against Huawei, a Chinese company and its CFO Meng Wanzhou.

As company earnings trickle in the wider after effects of the additional trade tariffs and trade disputes are seen in the earnings reports. Tech companies are revising their earnings outlooks lower and many are rethinking their supply chains in response to the US-China trade battle.