Today Tito Titus Mboweni (TM)will deliver his maiden medium-term budget speech (MTBS) at 14:00hrs CAT. The Minister plunged into the deep end 15days ago when former Minister Nhlanhla Nene resigned.  TM will have no good news for the people of South Africa as he will have to drive home the failings of government over the last 10 years. The economic environment has deteriorated in the last 12 months as the domestic economy sunk into a technical recession.  Growth prospects for the economy look to be revised to 0.6% from 1.5% which the central bank had initially estimated for the 2018/19 fiscal year. The minister unfortunately cannot open the proverbial war chest to save us from doom and gloom as the war chest has been pillaged by the previous administration. So, what can the “good minister “do?

This is how I envisage his speech today, he will start of by praising the great work done by Nhlanhla Nene since he regained the reigns at the treasury, he will highlight the work that has been done by Minister of Public Enterprises Pravin Gordhan and his efforts to reshape public enterprises in South Africa. The progress that has been made in some of the State-owned enterprises (SOEs) will be highlighted and how Treasury have been able to control advances(loans) to this loss-making enterprise. Watershed moments for the Ramaphosa administration will be highlighted with emphasis being put on cost cutting by the administration and the administration’s ability to raise more taxes, although the cut-off date for tax submissions is 7 days away the “purse minders” will have a very accurate estimate of what they will be able to collect. The Vat increase from 14% to 15% earlier in the year will be spoken about at length and the impact this has had on the top line of the revenue authority.

TM will speak about the need to create jobs and governments ambition to attract $100 billion worth of investments.  South Africa is desperate for foreign direct investment(FDI) that comes at good terms from the international community.  TM will hint at how government will “level” the investment playing field to attract more FDI. The burden of proof on how the government is going to achieve these goals will lie with President Ramaposa’s, who will from tomorrow whisper sweet nothings to the investment public and attempt to dazzle them with his pizzazz.  Emphasis will be put on the agriculture sector and giving a boost to infrastructure development in the country. The investing public will not make any moves now, the country is fast approaching elections in 2019 and no perfectly minded person will invest in a country that is approaching an election that could tilt the balance of power.

The ratings agencies will be watching this MTBPS very closely, as the aim to provide a clearer picture of where they place south Africa’s sovereign rating. The budget deficit currently sits at 3.3% of GDP for 2018 and is estimated to decline to 3% as government tightens its belt.  Government has to seriously deal with the ballooning civil service salary bill, with staff cost estimated to be 35% of government expenditure.

The big picture –  In all honesty TM has very little wriggle room in this budget statement.  The government has agreed to keep a neutral budget, they will merely reallocate funds from one ministry to the other. Emphasis will be placed on the creation of jobs in the economy and the R50bn reprioritization of expenditure. TM and President Ramaphosa are setting the base for a real onslaught when they announce the full budget in February 2019. Today’s speech is just a feedback session nothing more nothing less, if there are any material changes I will be pleasantly surprised. Government has to be seen to be doing something, so they will “move money from the left pocket and into the right”.

What should you look out for today?

"Never fight on too many fronts." 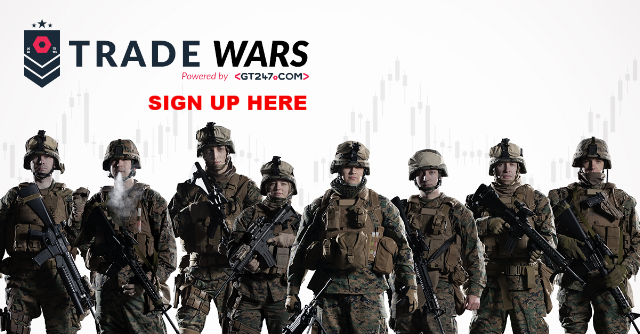