“Another Brick In The Wall Pt 2” – Pink Floyd 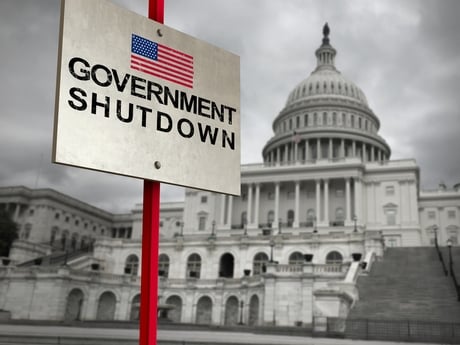 As political uncertainty reigns in the United States over national security, the current shutdown is set to beat the record of 21 day if it continues till tomorrow. The latest Government shutdown started the 22nd of December 2018.

The big picture – The Government Shutdown was initiated over December as President Trump and the U.S Congress could not agree on the timely appropriation of sufficient funds for the 2019 fiscal year. Trump demands an amount of $5.7 Billion in federal funds to go towards building a border wall between the U.S and Mexico. As well as a lack of votes from the House & Senate to agree to his funding demand and to overcome Trump's refusal to sign the appropriations last passed by Congress into law.

It was reported that Trump walked out of a meeting on Wednesday with Democratic leaders Nancy Pelosi and Chuck Schumer. Pelosi has also said that the President really wants an argument and not a wall.

The effects – federal workers are not being paid while the shutdown is in effect, yes that’s about 800 000 government employees who will not be receiving a pay check. That’s 800 000 people who will run the risk of missing mortgage payments, missing debt payments etc.