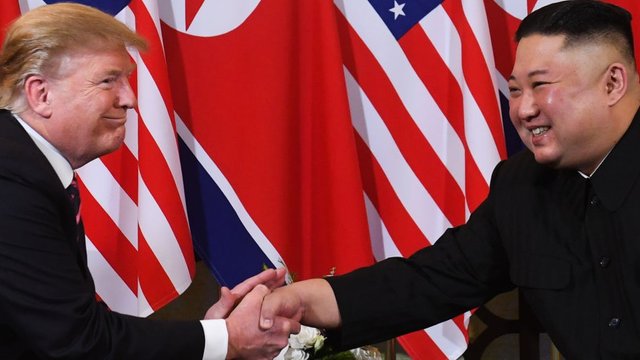 What’s the scoop? No Deal Reached at Trump-Kim Summit

The last day of February kicked off with a bang as news started to surface on Thursday morning that the negotiations between Trump and Kim concluded prematurely as no agreement could be reached. Markets reacted negatively which saw the Korea Composite Stock Price Index (KOSPI) lower by over 1%.

Later in the day we saw the U.S Gross Domestic Product (GDP) numbers released as well as the Initial Jobless claims data from the United States. The GDP number surprized with beating analysts’ expectations at 2.6% and  Jobless claims also came in higher than expected at 225K.

The big picture – Looking at the GDP numbers it would seem that the U.S economy is still ticking along as business investment seems to be driving factor. The U.S Dollar (USD) moved lower after the announcement as bond yields started to pick up. The 2.6% growth is just shy of the 3% annual target from the Trump administration.  It will be interesting to see what the Jobs numbers are going to bring to the table next week.